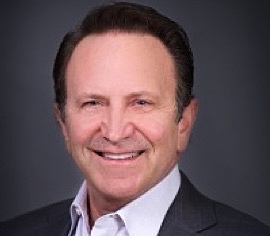 William S. Green has been a leading entrepreneur with more than thirty-five years of business experience. Born and raised in South Jersey, he began his career in 1977 when he co-founded a small, neighborhood hardware store. To expand his business beyond a simple retail environment, he set out on a mission to attract commercial customers. To achieve his goal, he created Wilmar Industries and focused on becoming a value-added supplier to apartment building owners in the greater South Jersey region, which resulted in a specialized niche market. Subsequently, he dedicated himself to the distribution of plumbing, hardware and electrical supplies to a variety of commercial end markets including healthcare, lodging facilities as well as contractor markets.

1996 was a banner year for Wilmar Industries when Mr. Green was named Delaware Valley Entrepreneur of the Year, sponsored by Ernst and Young, NASDAQ and USA Today. The company launched its Initial Public Offering (NASDAQ: WLMR). Fortune Magazine rated the company as one of the best IPO’s of 1996 and in 1999 Forbes Magazine named the company one of the 200 Best Small Companies in America.

Following the IPO, Wilmar continued to acquire competitors within the fragmented industrial distribution marketplace. Having acquired over fifteen companies from 1996-2001, the senior management team at Wilmar actively concentrated on integrating the company’s largest acquisitions and changing the corporate name to Interline Brands (NYSE: IBI) while leaving the core existing brand names in place for all sales and marketing functions.

In 2001, Mr. Green chose to step down as CEO retaining his position as non-executive Chairman until 2004. For more than twenty-four years, he led the growth of Wilmar Industries from a small retail outlet to an industry-leading $630 million distribution business with 2,300 employees and sixty distribution centers across the United States, Canada and Puerto Rico. Mr. Green personally managed the company’s banking and institutional shareholder relationships. With a unique flair for sales and marketing, he maintained a significant hands-on role in the day-to-day operations of the company throughout his tenure, which included serving as the company’s Chief Merchant until the day he left the firm. Today Interline has revenues of over $1.8 billion and is owned by The Home Depot.

In 2003 Mr. Green founded Crestar Partners a boutique investment firm where his relevant knowledge and experience lead to value creation. His investment criteria includes management-led buyouts, recapitalizations, strategic minority equity investments and growth capital financings. Mr. Green advises and supports management through active investment participation at, and when appropriate, beyond the Board of Directors’ level.

In 2008 Mr. Green created Crestar Capital, a multi-state tax lien business that has acquired over 45,000 liens in excess of $300 million in lien value and in excess of $2 billion in asset value. In 2012, Bill created Crestar Homes who acquires, renovates, sells and leases previously owned homes in select markets in the United States. During this period Crestar had ownership and management of over 430 properties. To capitalize on Crestar’s underwriting and finance experience, Bill founded LendingOne in 2014 that provides asset based loans to non-owner occupied real estate investment projects. LendingOne is one of the largest private real estate lenders in the country.  In 2021 Mr. Green stepped down as CEO of LendingOne when he sold his financial interest in the business to a global asset manager.

Separately from companies he’s solely owned, Bill has served on 15 privately held corporate boards. Mr. Green is a former member of Young Presidents Organization, World Presidents Organization and has served on numerous non-profit boards over the years. Currently, Bill serves on The Board of Trustees of The Children’s Hospital of Philadelphia and is the Financier and Chairman of The Green Family Charitable Foundation which primary focus is on children’s needs based charities.

If you wish to be contacted by a Crestar Professional,
please fill out and submit the form below.